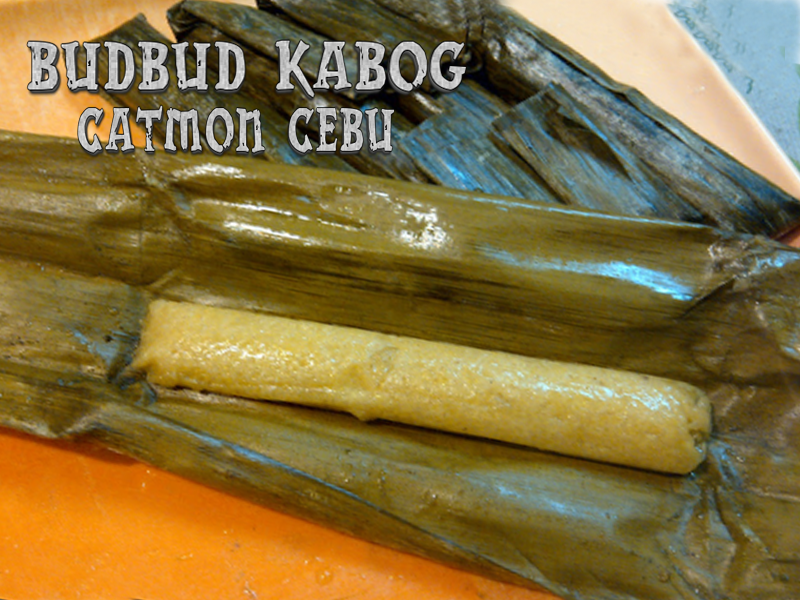 “Kabog” in english is bat, but this budbud kabog delicacy in the municipality of Catmon is a small-seeded cereal plant known as millet in other countries.

Millet grew wild and abundantly somewhere in Catmon’s mountain area  mostly in Barangay Agsuwao. When residents realized that the grains could be used as food they later cultivated the seeds and grow more kabog plants. 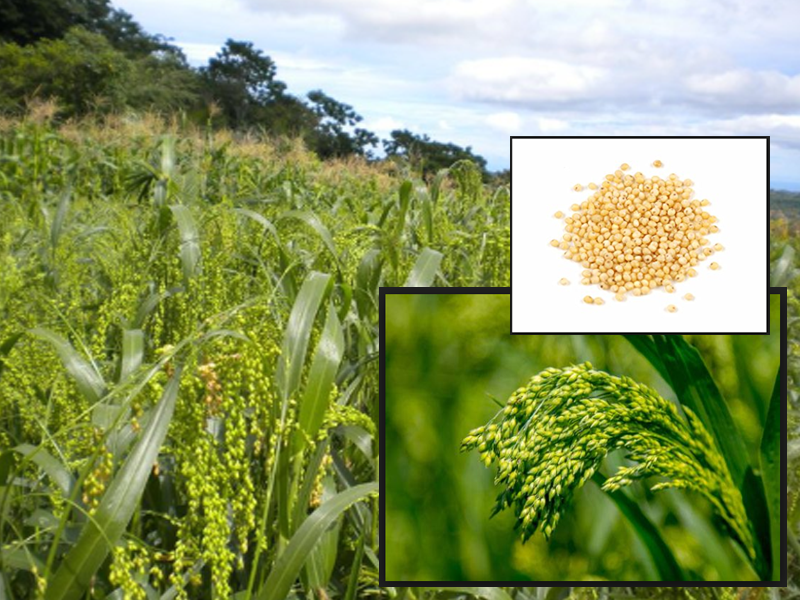 A farmer see an unknown seeds scattered on a cave floor in Barangay Agsuwao. He observed that bats fest on those seeds. Thinking that the seeds can be eaten by humans, he tried to get some and cooked it but found it out to be coarse and bland in taste. He further experimented by pounding the seeds before cooking and added sugar. To his surprise it taste good and delightful to the tongue!

Years after, people improvise the cooking method of the seed by adding sugar and coconut milk, and wrapping it in banana leaves.

Residents say that the delicacy was first sold at a toll booth in Naghalin Bridge in Catmon, with cockfight aficionados as buyers.

Today, Catmonanons celebrate the Budbud Kabog Festival during the town fiesta every 10th of February.

Mix and make it yours

2. Repeat the process until you have 6 cups or more of coconut milk. You can mix the first and second pressings together but set the third pressings aside in case you’ll need it in the latter part of the cooking.

3. Wash the millet in two changes of water. Drain and set aside. If using fresh banana leaves, cut off the mid ribs and run each half of the leaf over fire to wilt the leaves and make them pliable for wrapping. Tear leaves into 6 inches in width until you have about 100 pieces. Do not use leaves which have tears in the center. Set these aside and cut them into tiny strips to use for tying up the budbud in pairs.

4. Using coconut meat from where you extracted the milk, wipe each piece of banana leaf so that the leaf wrapper is clean and oiled from the residue of he coconut meat.

5. Add salt to 6 cups of the coconut milk and bring to boil, stirring occasionally. This process will thicken the milk. Once it starts to slow boil, add the washed millet. Stir constantly until the millet starts to cook, making sure that the mixture doesn’t stick to the bottom of the pan to form a crust. It has come to boil when you see bubbles of steam coming out from the mixture like a slowly erupting volcano.

6. Add sugar and salt and mix well. The color will become a darker yellow. Continue stirring constantly until cooked, about 30 more minutes. The suman is already cooked and can be eaten. Set aside for wrapping.

7. Put a heaping tablespoon of the cooked millet onto the center of a cut piece of wilted banana leaf. Gently form the millet into a 5-inch log with a diameter of 1 inch. You can do this by rolling the mixture in the banana leaf without having to touch the millet mixture. Once you have the rolled mixture into shape, tighten the roll and fold one end and then the other. Do this until you have finished all the millet.

8. Put two pieces of suman together with the flaps facing each other. Tie both ends with the cut-up leaf string. Repeat with remaining pieces.

9. Place all the paired suman in a steamer with enough water to steam the suman for an hour. The suman should be steamed from the very start when you put the water in the steamer. The suman is ready when the color of the leaf changes from light green to dark green. Minimum time is one hour of steaming. The traditional way of eating this suman is with mango and hot chocolate.

Please check out these interesting places and spots in Catmon.